The gloves are off 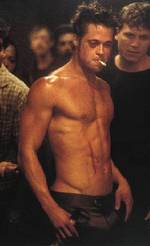 It's looking like traditional drinking stalwarts are really starting to feel the heat. Great wines are getting cheaper, there are more beer choices out there than ever, and don't even get me going on the 5 press releases a day I get faxed to me about the latest flavored something or other. It's a full on, bare knuckle boxing match out there and it's going to get worse before it gets better. And who the hell signed me up for those faxes anyway?

To wit: Southern Comfort is about to launch their largest ad campaign in the history of the company. It will encompass tv channels such as E, USA, and Comedy Central. It will be in print in magazines like Stuff, FHM, and Rolling Stone. It will be on the radio, on the Internet, and in your face. A total of $3 million is going to be spent to make sure that the next time you belly-up to the bar, you're saying "SoCo."

This is not going to be a short fight and it'll be interesting to see which underdogs start to rise to the top or, at the very least, get swallowed up by the big guys. It's going to be a war of Eisenhower proportions. If nothing else, it'll be a blast to watch.