Showing posts from November, 2009
Show all

- November 23, 2009
Last Thursday I got to meet up with Courtney Cochran (of Hip Tastes fame) and head over to Mighty in San Francisco to taste some of the latest and greatest spirits that are out there at the Indy Spirits Expo.  The event had some great tastes and a few that I'd rather not taste and lots of mediocre stuff that I won't even mention. There were some great gins but absinthe was the star of the night.

The Good
One of the first spirits I ever reviewed, Orange V Vodka, was there and I was reminded of why I gave it a great review.  Great orange taste without being syrupy or overpowering.  Still a go to flavored vodka even though so many other ones have come out since then.

Heavy Water vodka had ACTUAL HOT SWEDISH GIRLS at their booth!  The Swedish vodka was a nice change from a lot of the other vodkas that have been launching lately.  It has all of The Smooth you're looking for in vodka but actually has a finish that pushes a little flavor your way.  The slight fennel taste makes it…
4 comments
Read more

Whisky Bottle Has a Graphic Equalizer 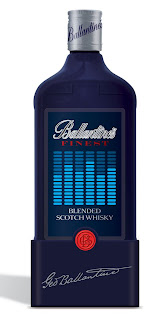 Ballantine's is probably one of the world's best selling whiskeys but doesn't get much play when it comes to whiskey lovers who prefer a Scotch that tastes like you're licking a large stick that was recently encompassed in snails.  However, they sell a LOT of their stuff and they seem to be happy doing just that.

Their newest bottle is one that even the most outrageous of vodka companies are going to be angry at themselves for not thinking of first.  The bottle uses a power source and has an electroluminescent technology to make it look like a graphic equalizer that is reacting to the sound.  Contrary to reports, it's not actually reacting to the sound but moves the lights at random.

It would be cool to travel back in time and show this bottle to a T-Rex or something.  They would FREAK THE HELL OUT!  Okay, that might be too far back in time but it's a nice thought.  Maybe Abe Lincoln or something.

All natural Nyquil with Southern Comfort

- November 12, 2009
Nyquil is great for dealing with things like a cold, jet lag, or boredom, but did you know that it tastes like ass?  Actually, if your ass had an ass and you put paprika on it, then licked it, that's what Nyquil tastes like.

If only there was some way to make an all-natural version of Nyquil that didn't taste like the ass of an ass with paprika.  Now there is!

The good folks over at Hot Knives have put together a lively concoction that starts with Southern Comfort and only gets better from there. You'll need stuff like mint, green chili, ginger, and other goodies. Did I mention the Southern Comfort?

This one is all natural and even has a better commercial.  Follow the link below for the full recipe.


KniQuil from Hot Knivez on Vimeo.

Mixing a cocktail while Schumacher drives

- November 06, 2009
Schumacher's brief return to Formula One was only the beginning! Now he's got a guy mixing cocktails in the car as he tears around a closed course.