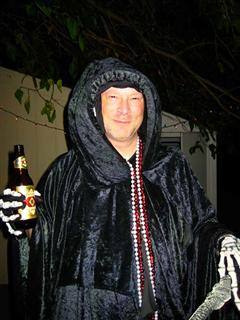 So, when the CEO of Miller Brewing drops the line that beer is at a "critical crossroads" most people take notice.

Beer had a 61% market share of alcoholic beverages in the mid '90's when they were promoting beer as "the official beverage of the knuckleheads" and has dropped significantly because of demand for other types of drinks (namely, wine and vodka).

I think this is a hard number to quantify. Micro-brews seem to be continuously sprouting up and a lot of them are growing like crazy, maybe they weren't included in their overall percentages, but from a public mindset, beer has definitely been off the radar in favor of other, more "sophisticated" drinks.

I have a pretty good solution for companies like Anheiser-Busch and Miller to gain market share back: Make your beer not suck.