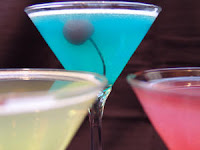 According to an article over at Boston.com, people are just flat out drinking more.

I don't know why people get Finance MBA's and spend all of their days trying to figure out Key Economic Indicators. Is drinking going up? Then the economy's doing great! Is membership in A.A. going up? Bear economy!

Let's hope the boys over at The Federal Reserve Board don't hear about this or interest rates will be going up for sure.