$32 for a Martini? Gesundheit! 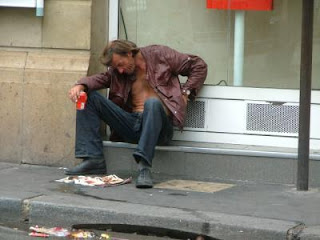 Between inflation, the poor American Dollar taking a beating against the Euro, and rounding up, it's not unheard of to be paying US$32 for a martini while in Europe.

As it turns out, there's also something called "Euro Creep" that is affecting it. No, it's not some Italian guy taking his pants off on the train, it's the trend of rounding up to the nearest Euro, so a paper that once cost 88 Euro cents now costs a dollar. This is having a ripple effect and driving up the price of your martini.

The reverse is turning America in to Europe's Mexico, as they come to New York City for the amazing prices. Go figure.

The solution? Well, there's not a really good one. Most of it is by trying to take advantage of perks that can come for Americans that are travelling, or taking a cruise. I guess you could also not drink, but I thought we were going on vacation?

Europe, home of the $32 martini
travel