Hendrix Vodka, not so Hendrix 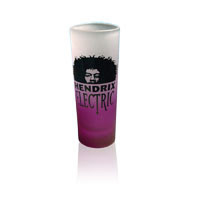 Hendrix Electric Vodka launched last year promoting their vodka with the Jimi Hendrix likeness right on the bottle, as well as its accompanying merchandise.

However, Experience Hendrix LLC, the company that licenses all things Jimi and is run by Jimi's dad and sister, says that the vodka has no rights to the license or the name. As a matter of fact, they say that they would never, ever promote an alcoholic beverage using the left-handed genius' name.

I smell a battle a brewin'!

Anonymous said…
How about Jimi Hendrix Diaper covers? Air freshener? "Authentic signature" boxershorts?Golf balls? Chairs where you sit on an image of his face? Hendrix Red Wine? Hell, why not exhume his corpse and move it to some gaudy purple haze memorial where we can sell plots next to him? Oops,all of the above has already been done by non other than Janie so called Hendrix herself! And the kicker?? She's his adopted stepsister and is of no blood relation whatsoever!! Jimi's real family was included in his father's numerous wills for nearly 30yrs but after Janie took over her stepdad's affairs in '96, that all changed! I'm happy to see Jimi's real brother who Jimi helped raise and other family members benefiting from his legacy.Janie's marketing some sugary energy drink. What's next? Hendrix Holy Water?? I'm going to support Jimi's REAL family and party on Vodka!