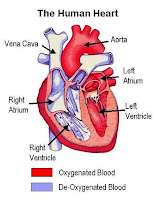 The crew from Van Gogh Vodka was nice enough to share some pretty good recipe with me, so I'm going to pass it on to you. It's the perfect meal and drink that you can make without too much drama, leaving more time for...um...other activities. You know, like American Idol.

For the sauce:
4 tablespoons of soy sauce
1/4 cup of honey
1/4 cup Van Gogh Pomegranate vodka
pinch of salt and pepper

Make the stuff!
Take the soy sauce, the sesame oil, salt and pepper, and the pomegranate vodka and put it in a bag with the salmon. Coat it well and let it marinade for 30 minutes or so. You can let it go for up to an hour, but not more than that.

While things are marinading, take the sauce ingredients and combine them and bring them to a boil. Stir frequently until it boils, then keep stirring and reduce it for about another 4 minutes. You want the sauce to thicken nicely.

Once the salmon is done marinading, take it out of the bag and use a paper towel to pat it dry. Then run the salmon through the beaten egg whites and get a good coating on it. Add the cornstarch and salt and pepper to a bowl and coat the salmon.

Pour the peanut oil in to a pan that allows for shallow frying. You want the oil at about 350 and toss the salmon in there. Cook until brown.

Serve it up, preferably with something green because that makes for pretty colors. Drizzle the sauce on the salmon and you've got yourself a meal. Of course, you may want to drink something with that.

This drink allows you to use the rest of that bottle of Pomegranate vodka you bought for the meal.

Mix the ingredients and serve in champagne flutes. If the vodka is chilled too before you make it, so much the better.