Vodka Mudshake coming to Mexico, is the U.S. next? 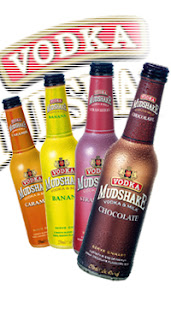 One of the most popular Ready-To-Drink (RTD) beverages in the world is the Vodka Mudshake. It has a unique blend of vodka and...milk, if you can believe that. The drink is sold pretty much everywhere but in the U.S. and has just entered Mexico, which could position itself pretty well for an entry in to America.

It has a fairly light consistency so it's not coming across like a protein shake and tends to be fairly sweet. It comes in Chocolate, Strawberry, Caramel, and Banana flavors. Could be some mixing even in between flavors there.

You can't really taste the alcohol in them and they have screwtops, which means they could have a hard time in the U.S. on the heels of Spykes being pulled.

Prices are all over the map in different countries, so who knows how much they'll cost here.