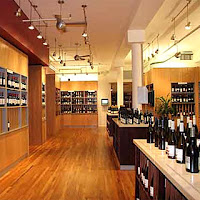 San Francisco has a plethora of wine bars and seem to have new ones opening every week. It's reputation as a foodie's city as well as it's proximity to the great wine areas of the country give it a unique position in the wine world.

Two new wine retail establishments are adding to SF's already significant reputation. Cellar 360 is opening in Ghirardelli Square and Foggy Bridge Winery is opening in the Presidio, making it the first winery in a US Park.

Cellar 360 is owned by wine giant Foster's and is a wine retail store, wine education centre, tasting room, upscale deli and private party space in an updated building that dates back to 1864. They have 30 wines and food pairings right now and plan to expand it to 300.

Foggy Bridge Winery is inside the Presidio, a former military base that is now a US Park that has seen quite a bit of renovation over the last 5 years. The winemaker comes from such esteemed wineries as Penfolds in Australia and Geyser Peak in Sonoma. They plan to launch wines made there with grapes from the best regions in California; Cabernet from Napa, Chardonnay from the Russian River, and Pinot Noir from the California Central Coast. They're house in a cool old plane building too.

Two new great places to visit since you'll already be here for your night at Bourbon and Branch.