Bacardi opens it's own store 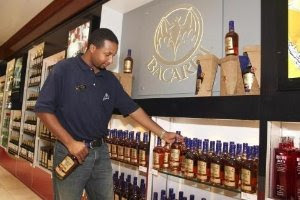 Rather than leave the factory store concept to factory malls flocked over by grandmothers looking for that special Guess jacket for their 12 year old grandson, Bacardi is opening their own store in Nassau, Bahamas.

The store will have some of what you expect, like their line of stuff that you can get at every other store, but they'll also have all of your favorite Bacardi logo gear such as Bacardi jackets, umbrellas, towels, and gym bags.

On top of all that, they'll going to have some of their super-premium line of products that you can usually only get if you know someone at Bacardi and have very good kneepads.  They'll also be selling some of their not-so-rum stuff like Dewars, Grey Goose, and Bombay.